SiriusXM’s Podcast Ad Revenue Grew By Half During Second

A growing emphasis on digital delivery is paying off for the satellite radio company SiriusXM. That includes a growing podcast business where it reports revenue totaled $119 million during the second quarter, a 50% increase from one year ago.

“While our advertising business is not immune to the macro trends felt industry wide, we are seeing growth in our ad business, particularly on the podcast side as we continue to build our off platform relationships and capabilities,” CEO Jennifer Witz said during a conference call with analysts on Thursday. She said SiriusXM is still “in the early days” of its podcast monetization efforts. “The digital area is interesting, because that’s where the younger demo growth will come,” Witz said.

The unification of ad inventory under SXM Media has given SiriusXM a total reach of 150 million Americans across its portfolio, and that reach combined with new technology like the AI-powered podcast audience targeting tool released earlier this month will be key to continued growth according to Witz. “We remain committed to our long term focus of shaping the future of audio and broadening our revenue base into non-automotive market,” she said. “Ultimately, this translates into solid revenue growth, margin expansion and strong cash flow generation, which can be reinvested in the business to create better products for our customers.”

SiriusXM has been on a multiyear buying spree that has given the satellite radio company a bigger reach into podcasting and streaming media. It began four years ago with a $3.5 billion deal to buy the podcast and streaming music service Pandora and then it gobbled up Stitcher in a $325 million deal in October 2020. Along the way it tucked in things like Simplecast’s ad tech for $28 million and the podcast studio helmed by producer Roman Mars, including its flagship 99% Invisible series, in a $27 million deal last year. It also signed an alliance with Audiochuck and its flagship Crime Junkie podcast reportedly worth more than $100 million for the exclusive rights to sell the ad inventory on its shows.

Chief Content Officer Scott Greenstein said locking in true crime deals was important for the company. “That seems to be the first unique audio category that’s come along in years. And it’s the biggest thing in podcasting,” he told analysts. Greenstein said they would also like to add more shows in the empowerment and self-help categories.

SiriusXM bought Conan O’Brien’s Team Coco in May. Not only did that give it distribution and ad sales rights to its flagship Conan O’Brien Needs a Friend podcast, but the $150 million deal also included a five-year talent agreement that will see Team Coco staff also collaborate on content for SiriusXM, including a new satellite radio channel.

“We will be launching the inaugural Team Coco channel this fall as a full time original Team Coco comedy channel available only to Sirius XM subscribers,” said Witz. “Conan and team are hard at work creating a unique experience for the channel.” She said the acquisition overall brings “significant value” in terms of podcast ad sales possibilities, as well as the opportunity to grow its subscription revenue with exclusive content. “Comedy continues to be a key content vertical for Sirius XM,” Witz told analysts.

The podcast and music app Pandora continues to lose ground. Its monthly active users totaled 50.5 million during the second quarter, down eight percent from a year ago. And Pandora’s ad-supported listener hours were 2.84 billion in the second quarter, down from 3.03 billion last year. Self-pay subscribers to the Pandora Plus and Pandora Premium services decreased modestly in the second quarter to 6.3 million. There was one bright spot, however. Average monthly hours per ad-supported user climbed three percent to 21.1 hours during Q2 compared to 20.4 last year.

SiriusXM continues to expect to have $9 billion in total revenue this year, but it acknowledged the ongoing troubles in the car industry are hurting its satellite radio business. It added 23,000 self-paying subscribers and 54,000 promotional users during the second quarter, but Witz said they saw “further weakness” in subscriber additions in May and June.

“While we are confident we can deliver positive self pay subscriber growth, we no longer expect to attain our prior subscriber guidance due to challenges and uncertainty in new and used auto sales,” she said. Total subscribers were 34.0 million on June 30.

SiriusXM is also taking a hard look at expenses.

“We are prudently implementing a variety of cost saving measures, such as limiting our headcount growth to priority roles and taking a more measured approach on discretionary spending,” Witz told analysts. 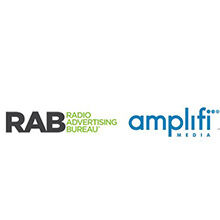 How much money is the radio industry making from local advertising sold on podcasts? The Radio Advertising Bureau is undertaking ...

Podcast Hosting : A podcast is ether an audio or video file available on the Internet that can be downloaded ...

Ok, so you have a fresh new podcast, what’s next? Some say that if you have good content in your ...